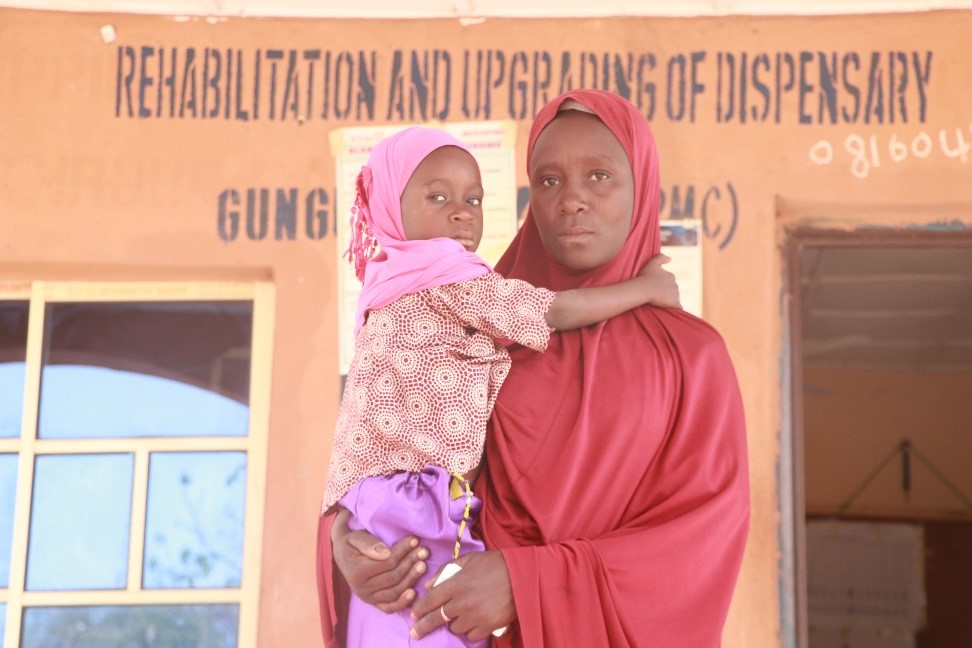 Sajida Bashiru, 4 lay weak on the floor; her mother Amina, rested the child on the floor just to adjust her dropping wrapper. Sajida was rushed to the health centre on a motorbike; “she has malaria” Amina whispered to the waiting arms of the nurse on duty, they both hurried into an open office. In less than 15minutes Sajida walked out of the room with Amina wearing a wide smile.

“People can die of simple malaria if they don’t have a clinic to attend” said Karima Aliyu. Karima is the women leader of Gungun Tagwaye Community.

“Women have really suffered during pregnancy because of the lack of good health centre in the community, the former place we used as health centre was very small and people are not always going there because you cannot get medicine and sometimes nobody to attend to you” Karima recall how the community lost a pregnant mother and child from stress of travelling to a neighbouring community: “I remember we lost a woman and her unborn child because they have to travel on bad road to the nearby hospital to deliver her baby, the baby and the mother died” she sadly recounts.

The government replaced the old rusty mud health centre built by the community to a better structure but abandoned it after commissioning. The structure was unused because of lack of personnel and medication. In 2013 after request from the community, ActionAid renovated the structure, equipped the facility and also empowered community members with advocacy skills to get government attention.

“After ActionAid did the renovation of the Clinic, they also bought beds and provided medicine, then they enlightened us that we can use advocacy to bring government into our community, we decided to write and visit the General Hospital, we requested for more nurses especially female nurses which they gave us five female nurses” the women leader said through an interpreter.