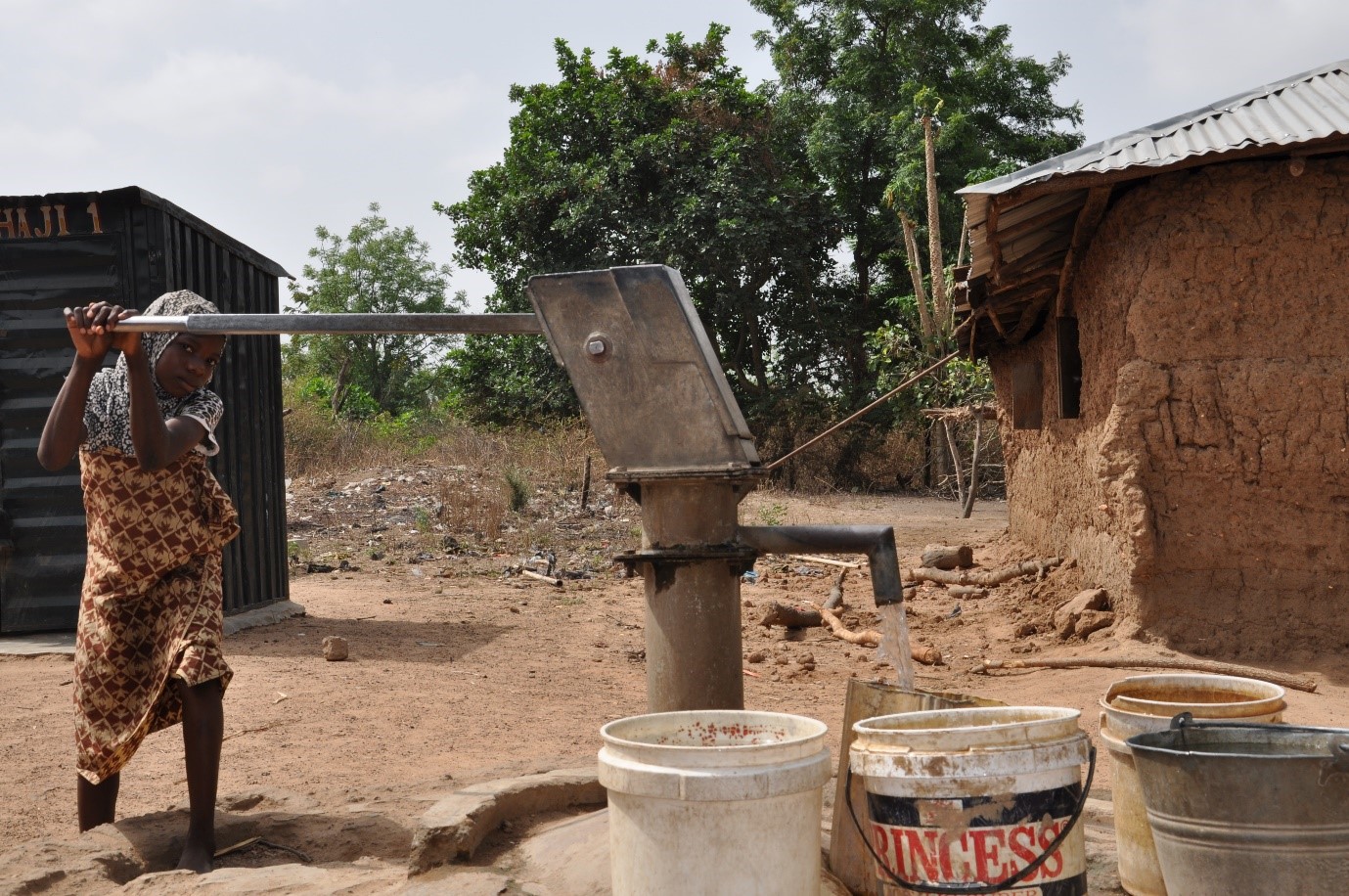 We were in one of your sponsored communities in Kwara state recently and met with 12- year-old Amomo Saliu, a primary five pupil of Asa local government primary school and a resident of Apa community in the same local government area. She recounts her growing-up years fetching water from the community stream and how ActionAid through your donations have changed her life.

Like majority of residents of Apa, Amomo’s parents are farmers who cultivate seasonal fruits like mango and cashew.  It’s the season of cashew which the residents of the community call ‘Kaju’ and Amomo supports her parents to pick cashew nut from the community farm every weekend which they take to towns like Afon or Ilorin, the state capital for sale on market days.

For three years, Amomo would wake up at 2am with her parents and other families to fetch water at the stream.  Only very few people go to the stream at this time so they all scoop the water into their buckets and wait after every ten buckets for the stream to spring out water from the ground again before they continue. She believes the stream water at this time is cleaner and safer to drink than the water fetched at noon. Her mother helps her put alum () in the water which allows the dirt to settle before she eventually scoops the ‘clean water’ into the clay pot for storage. This is the water she and her family drinks and use for other house chores.

When asked if the water makes her sick, Amomo says she often fall sick from drinking the water and sometimes have body allergies when the alum in the water is too much. With the nearest health centre over 20km away, her mother treats her with the local herb called ‘Agbo’ as there are no commercial vehicles to take them out of the community to town except on market days. Amomo says, she finds it difficult going back to sleep after fetching water at night and gets sleepy in class afterwards.