DERAILED BUT NOT DETERRED

DERAILED BUT NOT DETERRED 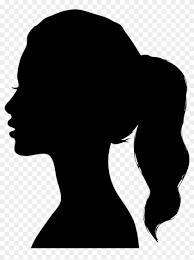 Mary Adams, not real name) could barely survive the poverty in her household. Mary and her 6 siblings had no fun childhood; they only bore the wrenching memories of poverty and lack of everything. Mary tells how eating one tasteless meal per day was a luxury.

At 15, she became a child labourer; doing menial jobs from house to house in her neighbourhood: “I was tired of watching my parents fight, so I will go to my neighbours and ask them what I can do for them to earn money so that I can pay for my school fees and buy my books.

I washed their plates, fetched water, and washed clothes every morning before going to school” Mary said when her early morning regular chores could not sustain her and her siblings, she took to a sales job at a bar.

“When I was working in a bar; I met a woman who told me she will help me, so she took me from Benue to Nassarawa State. She promised that I would have better opportunities and be able to help my family. I was happy”.

Her happiness was short-lived when she realised that the good life promised was a mirage; she was later sexually exploited by the same woman who promised her help.

At 16, she became ‘imprisoned’ by her host, who verbally, physically, and sexually abused her. “I became her prisoner, I was used as a sexual slave, sleeping with different men and the woman collects all the money”. Mary muttered, constantly wiping the tears which freely flowed down her sun-beat cheeks.

Mary hatched a plan to escape from her captor: “I told her I had to go and visit my sick mother and that I would return after a while. I was released to go. I never returned” After one year away, she returned to complete her National Diploma and relocated to Auchi.

“When I got to Auchi, I did many things to survive but I was lucky one day when I met a woman from Kairos (ActionAid’s Partner in Auchi, Edo State), they were doing sensitization and they told us about the dangers of irregular migration, which was what I was already planning to do but after that sensitization, I changed my mind, we were given a form to fill and apply for training.

The training really changed me and made me become confident, it improved the way I interact with people and the transport money that they gave us was useful, I saved the transport money and trekked every day, so I can use the money to obtain my National Diploma Certificate, which I couldn’t receive since graduating in 2018” she said.