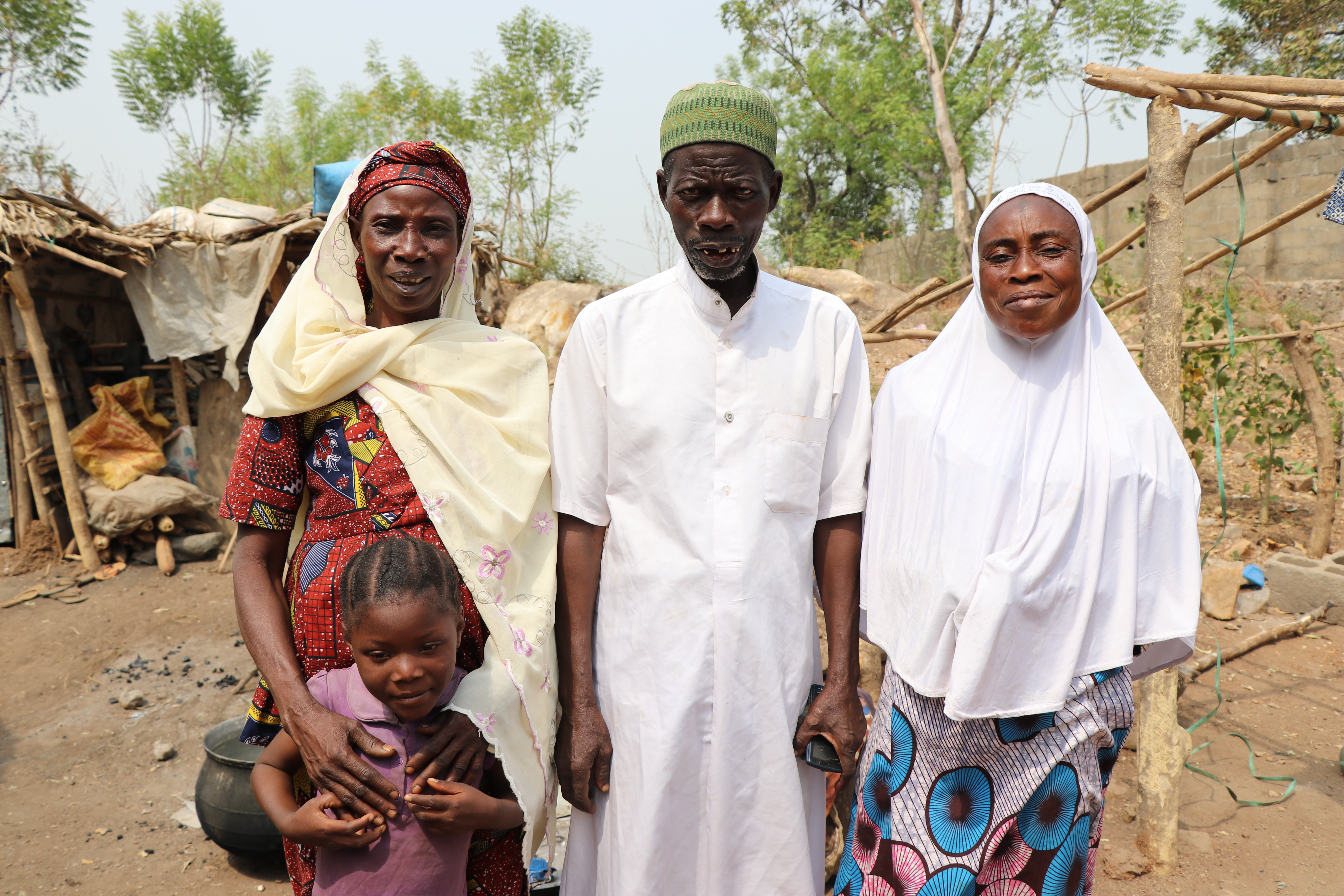 When I relocated to this community, I had nothing but a dusty thick polythene bag containing my clothes. I did not know anyone in the community but was only seeking for a place of refuge.

I had left my husband and three children in Adavi community because poverty was really eating deep into the family. We barely had food to eat, and sometimes went on for days with no food except water. The family and I were becoming beggars, begging for food from neighbors who barely had much themselves. The situation became frustrating. My children – 2 boys and 1 girl were unemployed and were also struggling farmers too. My husband and I were small scale farmers- we were just cultivating on a small garden in front of the house, but this had no impact on the family as the produce is never enough for the family.

When I got to Osaragada community, No one could take the risk of accommodating a stranger, but I approached the village head who heard my story and took me into his household.

The village head, Sadiku Otaru ensured I had food to eat every day. He introduced me to the women group, and I began joining the women meetings, trainings organized by ActionAid and started making friends too. It was at the various trainings through the women peer education and safe space group. I learnt about women and child’s right, I learnt about sustainable farming and how to plant cassava properly, use of local manures on the farm than fertilizers. Eventually, I sought for approval for a piece of land from the village head and he gave me a portion of land to be farming. I deployed all my learning from ActionAid on my farm and that was how I began a new journey to farming. I used to think fertilizers was what made the soil and crops healthy but now I know better. The lessons I learnt from ActionAid’s training on agro-ecology helped my in my crop spacing and my produce were very good and healthy. I began selling some of my cassava and maize while I kept some for family consumption. Over time I include beans and Guinea corn because I got improved seedlings from ActionAid. I started saving from the profit I make too. Within this period, the village head allowed my son to move in with me so he can be helping me on the farm.

After 5 years of living with the village head, I approached him again for a land where I can build a house which he obliged. Gradually, my son and I started the construction of a 2-room house which we now live.

Otaru is a jolly good man; never struggles to display his contagious loud laughter. He motioned how he easily would have offered to marry Anase who was at the time vulnerable. But no, he recalled how ActionAid through the LRP trained him on gender equality – respecting the rights of males and females: “If not for ActionAid, I would have thought of marrying her (Anase). We were marrying vulnerable women before, but I decided to protect her when she told me her story”. Otaru insists that the LRP poked at their manly ego, but it was for the good of the community: “ActionAid made us understand the power of women in the community. At first, we (men) were very angry at ActionAid for telling us about gender equality, and they told us not to enslave our wives.” Otaru quickly noted: “As Mary Slessor stopped the killing of twins, ActionAid stopped the maltreatment of women in this community,” he affirms.