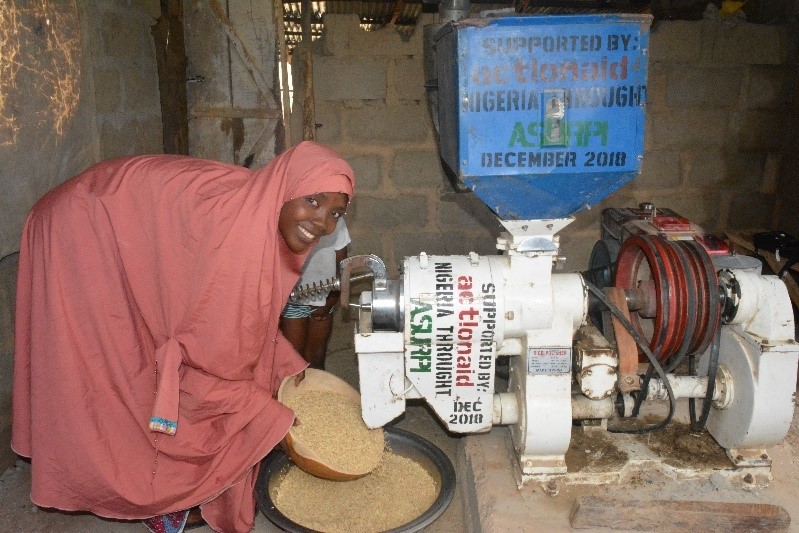 Women in Gidan Agoda community had their role clearly spelt – Take care of the needs of their spouses, fetch firewood, make the meal, and give birth to more children. The husbands, mostly peasant farmers and petty traders were the sole providers for the household. This has continued as a tradition, leaving women as absolute dependent. The consequences are obvious; women become victims of domestic violence, social disconnection, and economic exclusion.

Wasila Hamisu, 29 recall times when women in the community rarely contribute to the economy or the leadership of the community: “Before ActionAid and ASURPI came into our community, women were left behind, we were not trading, we were not doing any business, the men beat their wives, women were not regarded much, some people think women are not suppose to have education, we were just good as house wives” Wasila recalled.

Today in Gidan Agoda, women are participants and contributors to the economy of their households and the community. “When ActionAid and ASURPI came to our community, they asked us (the women group) what we want, we told them we want to be empowered with skills so that we can farm rice” Wasila affirmed the wish was granted: “we were given milling machine”.

The women were formed into a registered cooperative and linked to the Small Medium Enterprises Development Agency of Nigeria (SMEDAN). The 50 women members of the group were trained on improving their agricultural yield and sustaining their business, they were then supported with the sum of 3 Million Naira as interest free loan of 24months for which only 70 percent was required to be paid.

The cooperative is making profits and increasing their outputs. It has increased rice production by about 60 percent, making about 30 percent in profit.

The increased economic activities of the women restored their self confidence and improved their relationships with their spouses. “Before I couldn’t look at people’s face when talking to them, I can’t interact well but now I can talk freely in public and express my mind. I never believed that in my entire life I will ever be able to travel by air and sleep in good hotel but I enjoyed all these because of ActionAid” Wasila said in an emotionally laden voice.