ActionAid Built Our Only School

ActionAid Built Our Only School 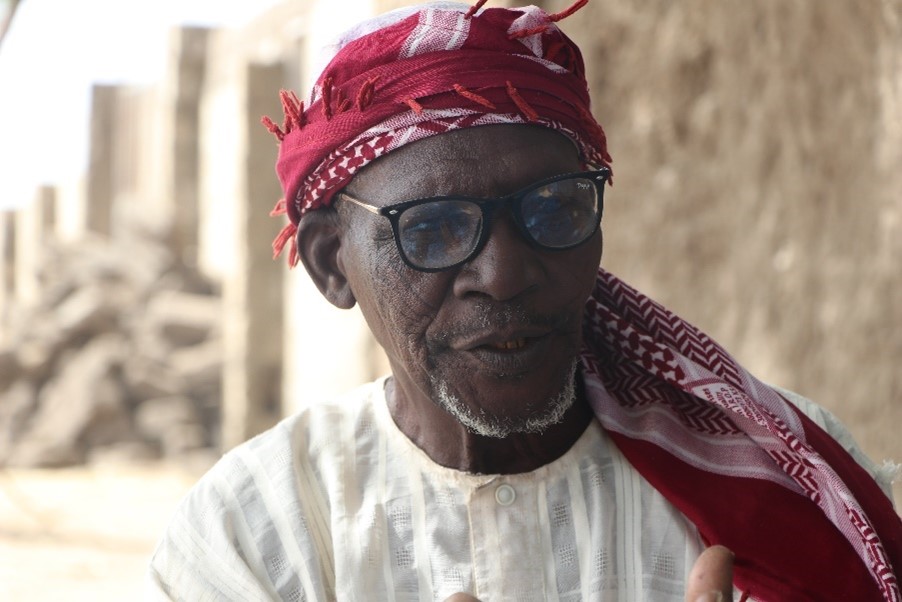 Hakimawa is an agrarian community. It is a community in slow transition to modern times. Like many communities, the houses are muddy, the children run around the heap of sandy surrounding with no clothes on. In Hakimawa, the people live, just to survive the next day.

Sprawling in population but stunted in progress, Hakimawa grew from 47 household in the early 1990s to 199 households at the moment. The headcount of adults above 18 are 510; the children are more in number: “children could be more because an average household have about 11 children” Hakimi Salihu Hakimawa, the Village head struggled to recount.

This community is lacking in every basic infrastructure, it has no health facility; the women give birth at home and the sick are treated with local herbs. It had no school until ActionAid built the only primary school in the community.

“When they (ActionAid and ASURPI team) visited us, we thought they were from the government, we were so happy because government people don’t come to our community, we see them just once or twice every four years. They (ActionAid and ASURPI team) asked us what our priority need is, we told them we need everything because there was nothing- no water, no electricity, no school, and no health centre but after discussing with my people, we decided to ask for education, we told them to build a school so that our children can get education. If we get education, we can get every other thing” the Village head said.

In 2010 ActionAid built the first school in the community. The excitement of having its first educational facility was ecstatic; the Village head instructed each household to send their children to school. The following day of the school opening; 107 pupils turned out. The pupils outnumbered the size of the school and the volunteer teachers at the time but they were glad they had a school to attend.

“When we saw that the population of the school is growing so much and there were not enough teachers who were qualified, we went to the government, we visited the Education Secretary, he promised to send teachers to the school and he did what he promised, he sent 8 teachers. We are only waiting for the government to add more schools to what ActionAid has already done” said the Village head.

Sajida Bashiru, 4 lay weak on the floor; her mother Amina, rested the child on the floor just to adjust her dropping wrapper. Sajida was rushed to the health centre on a motorbike; “she has malaria” Amina whispered to the waiting arms of the nurse on duty, they both hurried into an open office. In less than 15minutes Sajida walked out of the room with Amina wearing a wide smile.

“People can die of simple malaria if they don’t have a clinic to attend” said Karima Aliyu. Karima is the women leader of Gungun Tagwaye Community.

“Women have really suffered during pregnancy because of the lack of good health centre in the community, the former place we used as health centre was very small and people are not always going there because you cannot get medicine and sometimes nobody to attend to you” Karima recall how the community lost a pregnant mother and child from stress of travelling to a neighbouring community: “I remember we lost a woman and her unborn child because they have to travel on bad road to the nearby hospital to deliver her baby, the baby and the mother died” she sadly recounts.

The government replaced the old rusty mud health centre built by the community to a better structure but abandoned it after commissioning. The structure was unused because of lack of personnel and medication. In 2013 after request from the community, ActionAid renovated the structure, equipped the facility and also empowered community members with advocacy skills to get government attention.

“After ActionAid did the renovation of the Clinic, they also bought beds and provided medicine, then they enlightened us that we can use advocacy to bring government into our community, we decided to write and visit the General Hospital, we requested for more nurses especially female nurses which they gave us five female nurses” the women leader said through an interpreter.